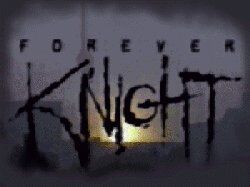 Twinkle, Twinkle, little star;
Oh my son, what a fool you are.
When will you learn, when will you see,
That with me, is where you should be.

From the day we met, all you've done is rebel;
But is what I gave you, really such hell?
I made you, what you are,
I own you, like you own... that car.

Through the ages we've seen many die;
But you started to care, to love, to cry.
Over the centuries we've been many things;
Knights, lords, princes, some even Kings.

We are of one body, one soul, one mind;
You can not resist the ties that bind,
Us together, though you may disagree;
Are there forever, for e-tern-i-ty.

Whether it's a century, a decade, a year, or a day,
You never are happy, satisfied, 'less you've had your way.
You walked out on us, you closed the door;
You said you couldn't live like you had, anymore.

The life of a creature of the night can be fun;
So get used to it, grow up, it's over, it's done.
There's no going back, no reverting, no cure;
You can search forever you won't find one; trust me, I'm sure.

Your search, your quest, it is all in vain;
All you cause yourself, is heartache, and pain.
Your life would be, so less com-pli-cated,
If you'd just come back to us, gods know we've waited.

The Ancient gods, they had it all;
But I was there when they had their fall.
The world went on, it didn't end;
Where are they now? In myth and le-gend.

If they were here, what would they say about me?
For I once worshipped, them you see.
Mercury, Venus, Jupiter, Neptune and Mars,
Now have planets named after them; while the Greeks have stars

I was a general, in the Roman ar-my,
Lived in Pompeii, not knowing what was to be.
There I was, on the brink of destruction;
When my very own daughter took me, an abduction?

She brought me into a world where the sun has no place,
What was it you called it? A fall from grace?
I never regretted my choice, not a bit;
But you've searched the world trying to find a place to fit.

We have seen in the making, what mortals call hist'ry;
We were there when it happened, to us there's no myst'ry.
Met many great people, artists, leaders and poets;
All though at the time, their greatness? We did not know it.

Hitler, Nero, Khan, Bonaparte;
I knew them all; and you Mozart.
In our life we've no hassles, no worries; we play;
But you have a job, you work, take pay.

Your think your im-mor-tal-ity is a curse;
But would you rather be a pass-enger of a hearse?
We are everything, present, future and past;
We were there on the first day, we'll be there on the last.

"To Life Immortal" is what you should say;
Don't live for tomorrow, take it day by day.
To your every wish, every whim, I did cater;
But you left with-out even a goodbye, see you later.

Things are not the same, as they used to be;
We can't kill at random, bodies build up you see.
In the past deaths could be blamed, on plagues and cancers;
But today mortals asks questions, demand answers.
The world today is so sci-en-tif-ic;
Men don't believe in us anymore, or for that matter the mys-tic.

On mortal blood, you have given up;
You refuse to taste even one single drop;
It's been animal blood for the last cen-tu-ry;
It's gross, how you stand it, is be-yond me.

You cannot go on, on cow's blood alone;
The hunger inside, through the decades, has grown.
Think of it Nicholas, all mortals do die.
Does it really matter when, or how, or why?

I've lived a long time; I'm one of the Ancients;
But you my dear Nicholas, are beginning to try my patience.
Today I'm the Night Crawler, a radio jock.
And you my son, what are you? A homicide cop?

You play in the world, where mortals dwell;
To redeem the soul, you think has fell.
You use your skills to help fight crime;
To repay humanity for your sins, every dime.

It's been so long, since you quenched your desire;
You feel drawn to her, like a moth would a fire.
Her heart cries out to you from across the room;
The scent of her blood intoxicates, like a sweet perfume.

You cannot resist, your need for blood;
It's part of your nature; like a pig's is mud.
Go to her, take her, give in, don't forget;
Who you are, what you are; You should never regret.

You search for love with a mor-tal lady doc,
But your feelings, your urges, you hold like a rock.
There once was another, there from the start,
She brought you to me, and gave you her heart.

One day you'd argue, bicker, fight, break-up;
The next all was forgiven, you'd kiss, make-up;
All though you fight us, even loathe us; admit it,
You cannot face immortality without her in it.

She's always been, in some way, there for you;
Without her in your life, what would you do?
She ac-ci-dentaly gained what you lost;
And when death almost claimed her, you brought her back across.

She's been many things to you, lover, sister, now daughter;
But I, my dear child, am forever your mentor, your father.
Nicholas, Nicholas, by now you should see;
that with me forever, is how it was meant to be.

This poem appears in the story Uneasy Alliances (Forever Knight / Kung-Fu:The Legend Continues) with the exception of...

She ac-ci-dentaly gained what you lost;
And when death almost claimed her, you brought her back across.
She's been many things to you, lover, sister, now daughter;
But I, my dear child, am forever your mentor, your father.

The 4 lines mentioned above are removed because they make reference to a 3rd Season (1996) episode of "Forever Knight", and the story takes place during the 2nd season (1994).

The following four lines are included even though the the episode that we learn this in aired in a 2nd season episode that was not broadcast until 1995. Since these events are in the past, LaCroix would still know they happened. The viewer wouldn't though.

I was a general, in the Roman ar-my,
Lived in Pompeii, not knowing what was to be.
There I was, on the brink of destruction;
When my very own daughter took me, an abduction?