A Knight in Time

View source
watch 01:54
Obi-Wan Finale - The Loop
Do you like this video?
Play Sound 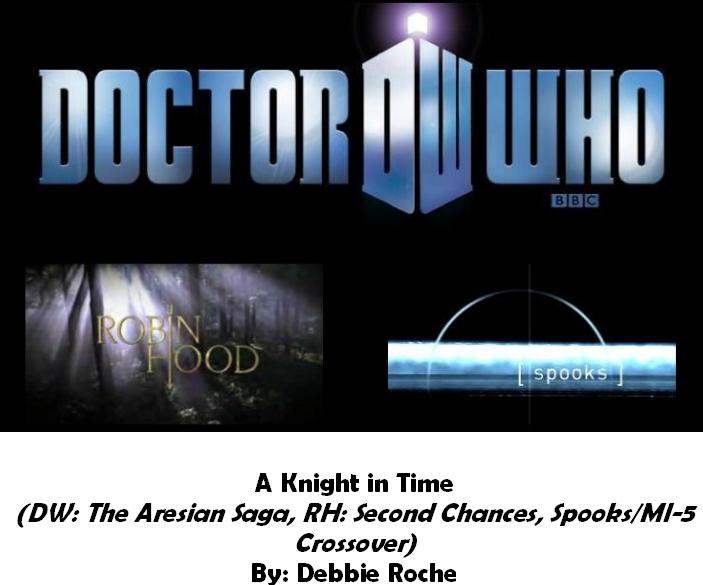 Doctor Who: This story takes place between scenes 686 and 687 of my Doctor Who story The Aresian Saga. When this story opens, Desariella has been traveling with the Doctor for 5 years, "TARDIS Time". For Jack, back on Earth, only a few months have passed since he last saw them.

Robin Hood BBC: This story opens with a variation of scene 501 of my Robin Hood story Second Chances.

Torchwood: "Children of Earth" takes place in Sept 2009, and "Miracle Day" takes place March 2011. Jack's appearance here is set in 2010 which is between the two.